Top 10 Harem Anime Where The MC Is An Overpowered Transfer

1. Baka To Test To Shokanju 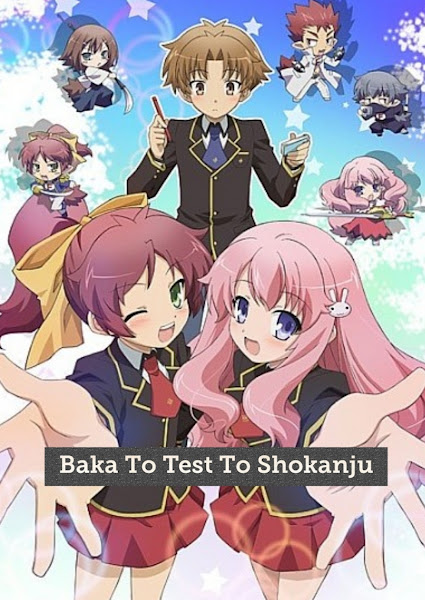 The story centers around Akihisa Yoshii, the “baka” of the title. His academy rigidly divides up the student body into classes based on the results of tests. The prodigies are in the A class with reclining seats complete with air conditioning, but Akihisa is in F class, the lowest rung of the school ladder which is furnished only with low, decrepit tables and worn-out straw tatami mats. A girl named Mizuki Himeji is actually one of the smartest girls in Akihisa’s sophomore year, but she had a fever on test day and was pigeonholed into the F class. Besides Mizuki (who Akihisa secretly adores), the F class also has Y?ji Sakamoto, the class president who has been Akihisa’s friend and partner-in-crime since the freshman year. 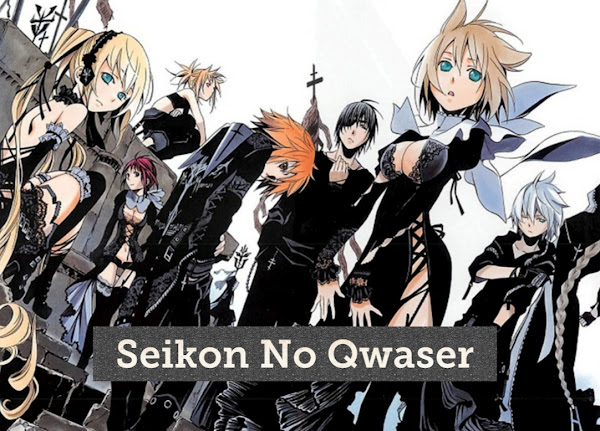 Mafuyu and Tomo's lives take a drastic turn when they nurse the silver-haired Russian-born Alexander "Sasha" Nikolaevich Hell back to health upon encountering him unconscious one day during their home commute. Almost immediately, Sasha begins to repay Mafuyu and Tomo's kindness as he repels their tormentors; however, this does not change Sasha's background as a throw-away Qwaser from the Adepts, and that the Adepts have no qualms about making an absolute war zone of the Academy in order to acquire the Theotokos of Tsarytsin from Athos, who wishes to keep the icon's existence a secret from the world. 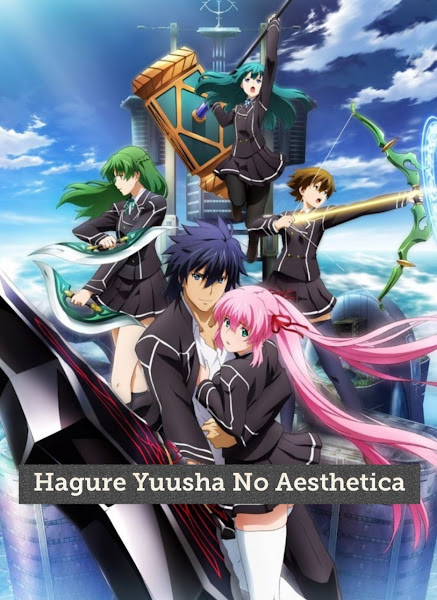 In normal RPGs, a hero defeats the Satan king and the story ends. But what does the hero do after that? Ohtorizawa Akatsuki defeats the Satan king in the fantasy world of Alleyzard and returns to the real world. He is sheltered by the international organization BABEL, which protects and controls people transferred from the outer worlds. BABEL is astonished to know Akatsuki has really defeated Satan and brings Satan’s daughter Miu from Alleyzard. In the academy of BABEL, Akatsuki confronts other “returners”, who have psychic powers 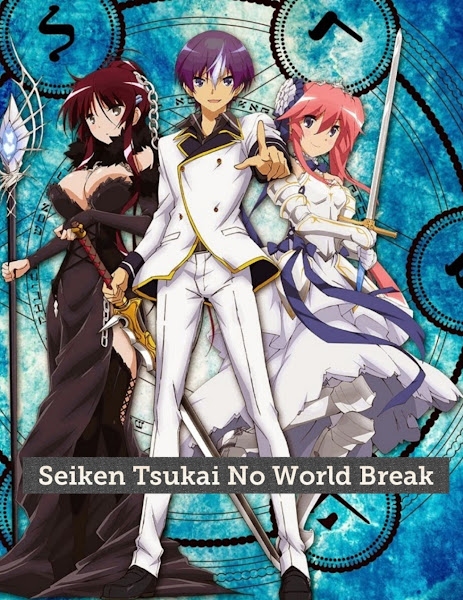 Written by Akamitsu Awamura, the series takes place in a private high school involving the concept of "saviors." They are known as people who possess awakened memories of their past lives. The story tells of a young boy named Moroha Haimura who comes to this private school. At the school, there are two types of people: Saviors, who fight enemies with weapons and techniques gleaned from the Puraana powers from their own bodies, and Kuroma, who wipe out enemies with magic to manipulate the Maana powers that surpass physics. Moroha Haimura is the first person with past lives of both Shirogane and Kuroma 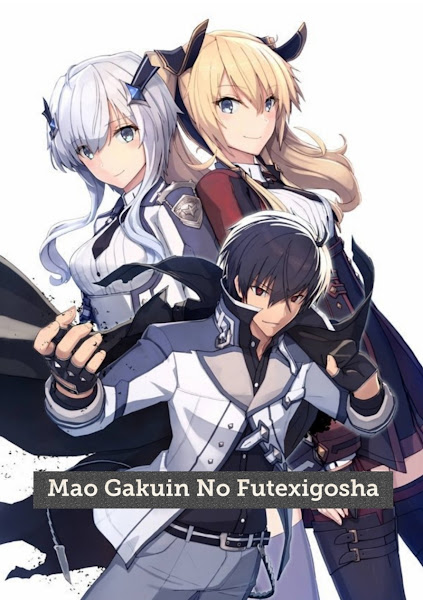 After 2000 years has passed, the ruthless demon lord has just been reincarnated! But his aptitude at an academy for nurturing candidates for demon lords is, “inept”!? Having the capability to destroy humans, elementals, and gods, after a long period of countless wars and strife, Arnos the demon lord became sick and tired of all that and longed for a peaceful world, so he decided to reincarnate to the future. However, what awaited him after his reincarnation is a world too used to peace that his descendants became too weak due to a huge weakening in magical powers. 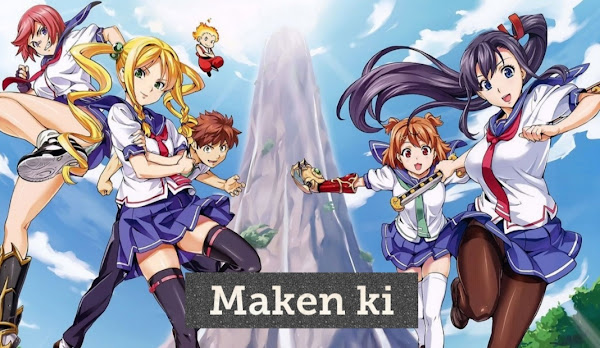 Takeru Ohyama, a young normal yet perverted minded guy, got accepted and now goes to a school that, unknown to him, was where combat and magic is used. On the first day, he meets again after three years: Haruko Amaya, his childhood friend, Inaho Kushiya, a girl who says she’s his fiance, and Kodama Himegami, a blonde who wants to kill him. Finding out that there are many girls there that just don’t like him, he is told that everyone there uses a special magic ability while using an item or weapon called a Maken. Later, he finds that no Maken is acceptable for him and doesn’t know what to do, since in this school the students get into duels that showcase their magic and combat power, to which he seemingly has none. 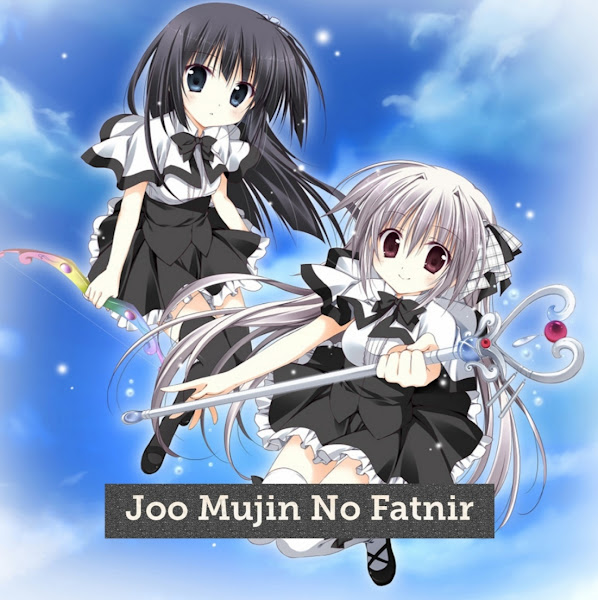 With the sudden appearance of the monsters that came to be called Dragons, the world had completely changed. Before long, within the human race supernatural girls with the power of the dragons, called "D," were born. The secret existence of the only male "D," the boy Mononobe Yuu, was forcefully thrown into the school where the girls of "D" gathered—Midgar, where he saw the naked body of one of the students, Iris. Furthermore, meeting his long-lost sister Mitsuki, Yuu seems to have been enrolled into this school...?! "When there's really no other choice, Iris, I will—kill you." "Can I really... believe you?" The curtains open as the "one and only story" about the boy who was supposed to become the strongest assassin and the incompetent girl unfolds—! Unlimited School Battle Action! 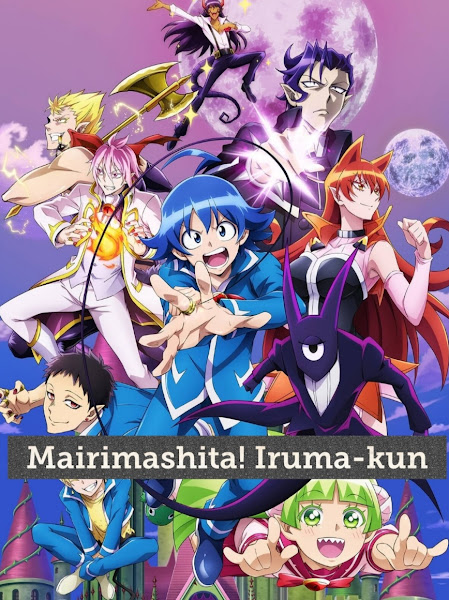 Suzuki Iruma has been sold to the demon by his irresponsible parents in exchange for money. Surprisingly, next thing he knows, he is living with the demon and has been transferred into a school in the Demon World. 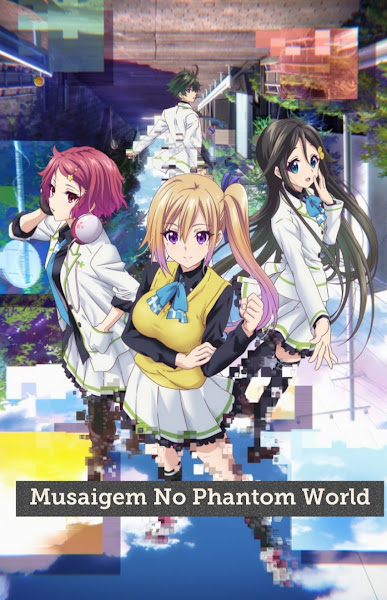 In the near future, spirits and monsters are in full sight. A boy leads a group of people with special abilities as they plot against a massive organization that takes advantage of a certain incident and eventually know the truth about their world in the process. 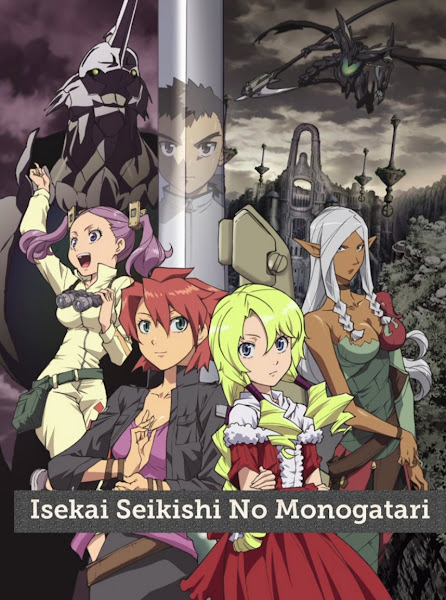 Kenshi Masaki has been kidnapped and brought to the world of Geminar by a mysterious group. To get back home, he agrees to help them assassinate the newly crowned empress of the Shtrayu Empire, Lashara Aasu XXVIII, using a giant robot called a Sacred Mechanoid. As her army fights them off, Lashara takes note of Kenshi's abilities and demands that her attacker be captured alive, only to find out that the pilot is male which is extremely rare on Geminar. Believing it to be a waste to kill him, she makes Kenshi her attendant. As the empress' new servant, Kenshi is required to accompany Lashara to the Holy Land, an academy where Sacred Mechanoid pilots hone their skills. His arrival attracts attention, but Kenshi is unaware that something sinister is brewing within the academy and it could plunge the entire world into war. [Written by MAL Rewrite]

Top 15 Best Action Superpower Anime You Must See !!! 1. Toriko Tv In the world of Toriko, many extravagant and delicious ingredients exist in the most dangerous places, and it is up to the Bishoku-ya, or Gourmet Food Providers, to hunt down these animals and plants in the face of danger. Toriko is one such Bishoku-ya, taking his place as one of the Four Heavenly Kings of Bishoku-ya with his immense strength and appetite. Together with Komatsu, a timid chef trianed in the art of preparing food; Coco, the poisonous Bishoku-ya who can see the future; Terry Cloth, the offspring of a clone of the long-extinct Battle Wolf; and many more, Toriko takes on job after job while searching for the foods great enough to make it into his dream full-course meal. 2. Hunter x Hunter (2011) Gon Freecs, a young boy that lives on a small island learns that his father who he doesn’t remember is an extremely famous man and has become somewhat of an amazing hunter. Gon takes the hunter exam to

Top 10 Most Epic Showcase of Power in Anime